An academic writer’s goal is not just to get published, it’s also to research and publish something that may be relevant for his or her area of investigation, promote further discussion and, even, attracts the general public.

This, generally speaking, has gotten harder as time passes. For academics in struggling or underdeveloped economies, it’s even worse. Research and research promotion pose special difficulties.

One of the most criticized aspects of today’s academia is that it’s too self-centered. And in the developing world, they say academics do not relate to people’s day-to-day problems.

I remember that in Richard Fletcher’s The Conversion of Europe introduction he stated academics are currently required to know more and more about more specific subjects.

Today it’s rarer to see someone who is an expert in the Middle Ages and more in the socioeconomic conditions of the goths between the 6th and 7th centuries. You see fewer specialists in Latin American politics and more experts on the Peruvian electoral system. I could continue, but I’m sure you get the point.

But due to the conditions that Fletcher mentions, it’s not odd that academia is getting increasingly self-centered, and that there’s the perception that only academics read other academics. It’s not the goal of any academic writer to be solely read by other academic writers, and perhaps their mom, dad, and a couple of good friends.

Everyone wants their research to be relevant!

And sometimes it’s even worse: you lose sleep for months, write incredible amounts of grant proposals, face numerous corrections of your work, submit it to journals, get rejected, submit it again, get accepted with corrections, send the corrections, and finally… you get published.

And if you’re writing from a developing country or a struggling economy, you know the bureaucratic and financial hurdles are even bigger. But if you pass them, you feel great, you’ve achieved something.

And then, nobody reads you.

All of this gets even worse when you research from a country like Venezuela. University grants? Good luck. Economic support for promotion? Cute!

You’re on your own and you have to live with that. Universities’ priorities in such economies are one and one alone: Survive.

So, how do you overcome the self-centered aspect of today’s academia from a country with a struggling economy like Venezuela? In general, the tips I can give you are the same as usual, but with some adaptations for us in struggling economies. Here are a few.

I know this is a common piece of advice for research promotion, but it’s even more important for a researcher in a developing or struggling economy. If your university/research institute does not equip with the funds to effectively promote your research, there are ways to do it yourself.

There are free or low-cost blog and website development platforms that are quite easy to use. These include WordPress, Wix, and even Tumblr. If you want a low-key option that may even earn you some cryptocoins, you have Steemit (and it’s quite simple to use). Blogger is probably the most famous as it has been there for a long time, but its aesthetics are generally awful.

In your blog, you can promote your research writing, shorter versions with less academic language of your papers, articles, and essays. Similarly, if you’re publishing in a language that is not English, including short and engaging summaries of your work in English is key to get to a wider audience.

Also, as Nature suggests, it’s good to develop some SEO (search engine optimization) knowledge, which at the most-basic level is using keywords and phrases that potential target readers would use, and incorporate them naturally throughout your summaries and posts without “keyword stuffing” by repeating them unnaturally. That sometimes worked 10 years ago, but these days it’s a quick path to having Google push you to the back of the line.

Dare to think outside the box. Don’t limit yourself to writing only about your papers or current research. As I said before, one of the criticisms academia faces in developing countries is that it does not relate to the daily issues of the people.

Think about topics in your field that may interest the general public, especially in your country. For example, as a political scientist, I’ve collaborated with think-tanks on social media discussing topics as the history of socialism and totalitarianism, which are something people want to read about as it relates to Venezuelan reality.

This is why blogging is a particularly effective way to engage in the latest conversations and controversies that are happening in your academic field and writing in a way that connects your field with the daily lives of people.

And don’t limit yourself to blogging: comment on other people and engage in a community by actually interacting, rather than leaving boilerplate comments and thumbs up.

A good blog ideally should be accompanied by a social media presence. The most common for academics is Twitter. And you’d be mistaken if you thought people in underdeveloped economies don’t use these platforms. Even if every other person doesn’t have a shiny MacBook, pretty much everyone has a phone (or a canaimita).

In Venezuela, about 20% of people have a Twitter account. And they frequently use them to be up to date with the socioeconomic and political situation, which is a good chance for people in social sciences to gain some influence and be read. This kind of use of social networks, mainly as an information source, is a good gap (pun intended) and it is present in many underdeveloped countries, as the traditional media is somewhat limited or partial.

On top of that, remember: you don’t want to be known only in your country but in a wider academic community.

There are also some simple tips everyone should take into account, like keeping a consistent identity throughout your social media, academic profiles (like Academia, or ResearchGate) and blogs so you’re easily recognizable, and linking platforms so your blog posts immediately appear on your Twitter.

One great example of this is CEDICE Libertad, a liberal economic think-tank from Venezuela. This group has created an amazing presence in social media; it promotes research in decisive areas of the Venezuelan economy (inflation, poverty, and more) and keep an up-to-date blog in both economic theory and day-to-day issues of the Venezuelan and Latin America economies. All this presence has helped it achieve key networking and association with some of the most relevant think-tanks in the same area, and it’s now one of the most easily recognizable think-tanks in Latin America in economic study. All this is in the midst of Venezuela’s crippling economic crisis.

We tend to incline networking mainly on the online side or when we attend conferences and such. But there’s even more to it.

While majoring in political science, I had a professor who was truly keen on networking in every possible way. He usually invited his students to off-class discussions about things that interested his students and that he was researching on (he’s a historian and generally researches in philosophy and literature, too), that led many of us to read him and share what he said. He also met every Friday with the professors in his area to drink coffee and share experiences and research. Networking starts from the base, but it keeps expanding. A little creativity adds to that.

One technique you can use is an Altmetric bookmarklet to follow who has shared your work on their blogs and social media (here’s a good explainer on this promotion technique).

Academia is also quite good for this end.

A good combination of face-to-face and online networking is, thus, quite useful, especially for those of us who can’t rely on more traditional means of promotion.

But, coming back to my professor: it’s not about shoving your work in your colleagues’ faces, it’s about building relations, being genuinely interested in what they write and offering output. Drinking a coffee with a colleague is as much as good networking as meeting someone in a conference and interacting with them in social media.

Many researchers know Academia, OrchID, and ResearchGate. But for those in the Spanish-speaking world (and Portuguese, too!) there are two glorious little jewels: Redalyc and Dialnet. These are two key research-sharing platforms; their services are completely free and will give more exposure to your research.

If you’re researching from Latin America, you must guarantee that the journal that’s about to publish your research is subscribed to both of them. If not, your research isn’t likely to receive as much as a widespread exposure as it could. Redalyc hosts open access journals, which means if you publish in one of those (in Latin America, most of them are like this) people can read you directly via Redalyc.

Dialnet also has a solid number of journals in other languages (mainly English and French), and does not limit itself to open access journals, so even if you’re not publishing in Spanish or Portuguese, it’s a good idea to publish in a subscribed journal so it may reach a wider audience.

Finally, it’s a good idea to publish your work via ResearchGate, as this immediately exposes it to a massive array of peers and other who otherwise may not know about it.

So… What Are You Waiting for?

The academic world is more competitive now than ever, and especially for researchers in struggling or underdeveloped economies. This is hardly a secret for anybody. The fact that in our countries universities are often turned into professionalization centers, leave behind the researching side of it, especially in social sciences and humanities. And even more, in a country like Venezuela in the midst of an economic collapse, universities are barely surviving.

So, we here are essentially on our own to promote our research. There are no new tricks. But to break the crystal roof and play in the big leagues, you have to plan for it and dedicate important amounts to achieve success. Thankfully, research from countries like this one have started to understand that we need to be united and do a lot of networking to achieve success and visibility. Take advantage of that.

This is a guest blog written by Edgar Beltrán in Venezuela. 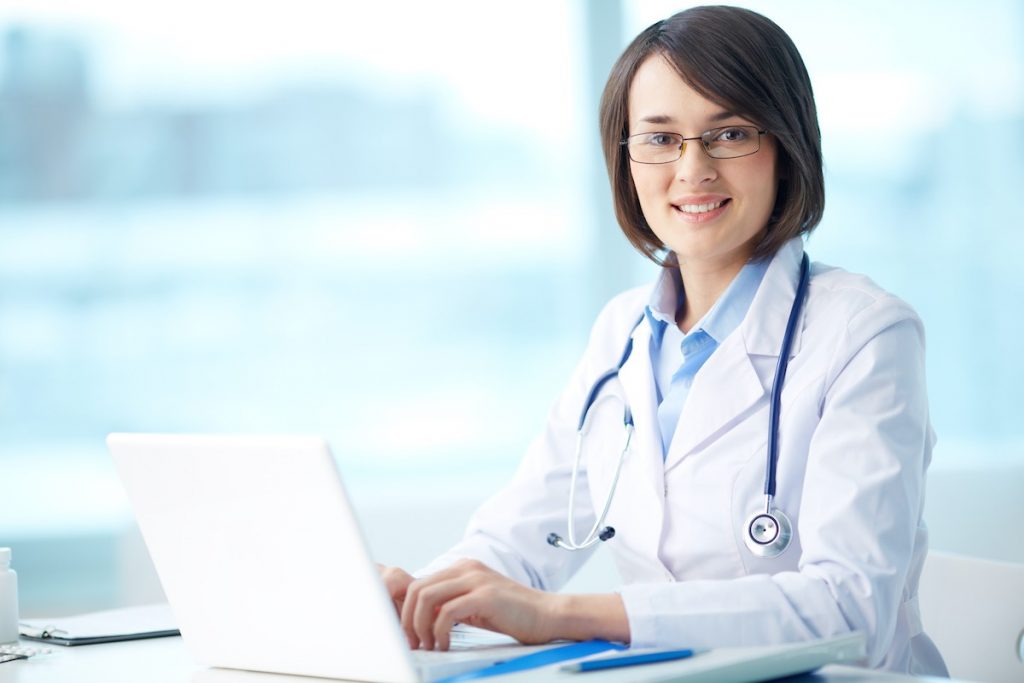 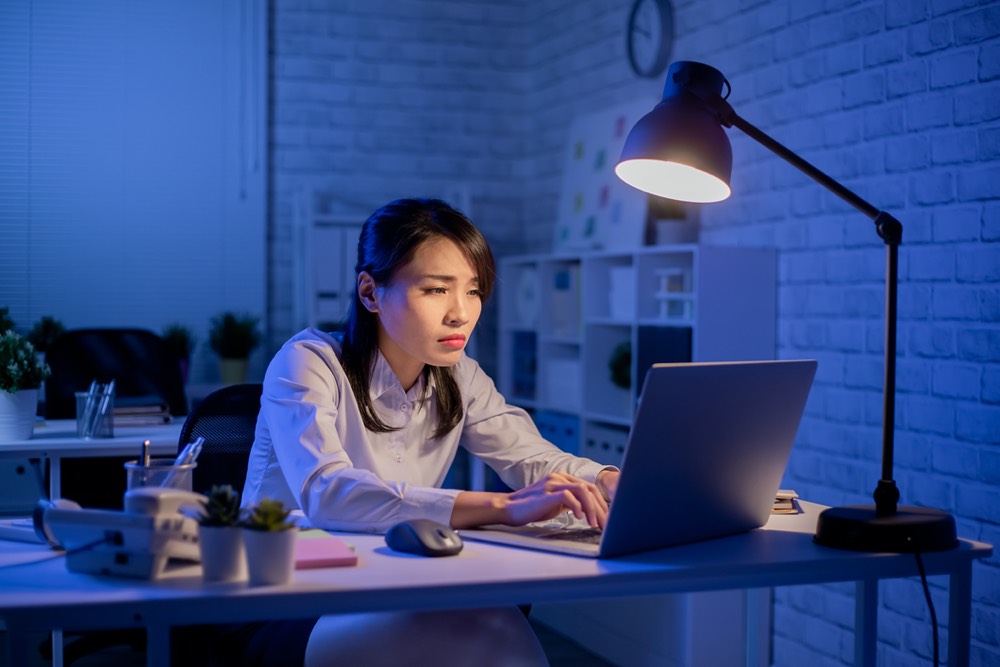 This is a guest post.
Scroll to Top
Go to mobile version