US marketer, based in Asia, with 15+ years of experience

A trained marketer in Asia, and a strong support team

South Korea (Republic of Korea, and commonly just Korea) is the world’s 11th largest economy and Asia’s 4th largest. Given its impact on areas such as pop culture, electronics, and industry, you may expect to be bigger.

Korean people I’ve known and work with impress me with their intelligence, drive, and fighting spirit. I love working with Koreans, because they want to win and they have passion.

Surprisingly, South Korea’s population, is only around 53 million, which is only 28th highest in the world (source). After the economic crash in 1998, South Korea has continued to push forward in the global economy. Its increasingly high quality of manufacturing, and its aggressive global competitiveness, are main factors.

Korea works… a lot. And it’s an impressive global influence. I like that.

This means, yes, Korea needs to use English. English marketing and copywriting services in South Korea are few. The quality of digital content for Korea varies hugely.

Major companies such as Samsung and Hyundai have no problems localizing and marketing around the world. Likewise, South Korea has been very impressive in working with other countries to advance its cultural industry; namely, music and movies. Both K-Pop and Korean movies are highly polished audiovisual works that rival those of any country.

It’s the rest of industry that shows constant struggles in working in English.

However, as in Japan, small- to medium-sized enterprises (SMEs) completely dominate the number of companies in South Korea. They are over 99% of all businesses, even up to 99.9% per reliable sources.

South Korea’s demography and strong tradition of family-owned and small enterprises is all quite similar with Japan’s. South Korea is especially strong in areas such as high-quality manufacturing, machinery, shipbuilding, and electronics.

All through the country, including outside the major cities of Seoul and Busan/Pusan, are driven and dedicated masters of their craft. Smaller-sized manufacturers of all types are now trading internationally.

Also similar is the rise of younger entrepreneurs and startups. South Korea has a robust startup culture thanks to its high-quality education, nearly 100% literacy, and substantial middle class of consumers.

Unlike in Japan, military and geography have an even greater impact on day-to-day life. For South Korea, this creates some different industry trade routes and relationship dynamics.

What does this mean for marketing and digital content in South Korea?

While poor Japanese websites commonly have poor English, the main problem with websites it usually a lack of style and consistency, and just being very old.

Korean websites are oddly consistent in their faults.

There is what I call the “standard Korean Web 1.0 site.” Many websites in Korea, I’m told, were made with an old-style website design system that heavily uses Javascript and Flash, rather than straight html or a user-friendly CMS such as WordPress or Joomla.

This creates big problems for English as far as reading and SEO. In addition to sites that often have poor-quality English, Flash now shows empty frames in Chrome and many modern browsers.

Flash is no longer suitable for websites and many browsers present it as a security risk. It’s also useless for SEO because it puts the text into animated images.

Here’s an example. I have blurred the company name. It’s an electronics manufacturer in Busan.

This is what a viewer sees when accessing the page in English on Chrome. It’s NOT GOOD! You want customers to be able to read your website, right?

If I activate the Flash, I can see the full page design, and it’s still very ineffective.

By the way, this company is quite established, with overseas branches. There’s nothing to do but start again.

This is not an isolated case. I have seen it for hundreds of Korean webpages, and there are no doubt many many more.

The simple solution is to make a new website with a popular CMS like WordPress, at least for the English. This is something I can help with, or work with your Korean designers if they have basic English skills or we use a translator. Unfortunately, I don’t speak Korean. But I do work with many Korean customers for both writing and editing.

SEO and Search Engines in Korea

Search engines also have a different landscape in the country. Korea’s own powerhouse, Naver, continues to be the dominant search engine. This means domestic SEO tactics are often more tied to Naver blogs.

However, that has no impact in Google-dominated international viewership.

The vast majority of the world uses Google to browse the Internet, whether on a PC, phone, or other mobile device. And even for other search engines, the principles are the same. A search engine must be able to identify what the site is about. If it can’t do that, it will not display in search results.

A website with incorrect or invisible English will not be found in most cases. As a result, it will receive little or no organic (unpaid) search.

Whether you’re in Seoul, Busan, Incheon, Daegu, Daejeon, or anywhere in South Korea, we can make your professional English website and content is superb English. Contact us and get rid of the confusion and stress in writing English. 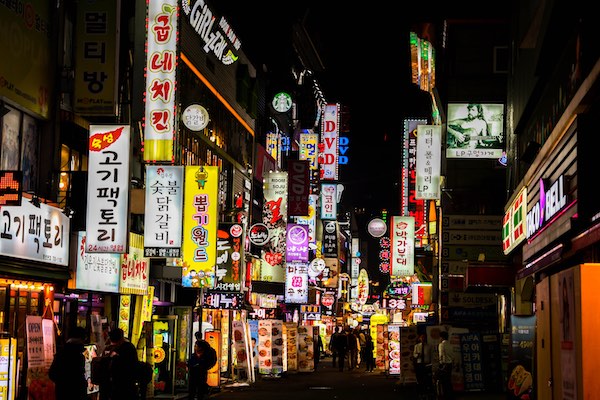 Current and complete works in Korea

Scize applies evidence-based writing, editing, and digital marketing know-how to communicate complex scientific topics. Give your science the exposure it needs, in language anyone can understand.

We use cookies on our website to give you the most relevant experience by remembering your preferences and repeat visits. By clicking “Accept All”, you consent to the use of ALL the cookies. However, you may visit "Cookie Settings" to provide a controlled consent.
Cookie SettingsAccept All
Manage consent

This website uses cookies to improve your experience while you navigate through the website. Out of these, the cookies that are categorized as necessary are stored on your browser as they are essential for the working of basic functionalities of the website. We also use third-party cookies that help us analyze and understand how you use this website. These cookies will be stored in your browser only with your consent. You also have the option to opt-out of these cookies. But opting out of some of these cookies may affect your browsing experience.
Necessary Always Enabled
Necessary cookies are absolutely essential for the website to function properly. These cookies ensure basic functionalities and security features of the website, anonymously.
Functional
Functional cookies help to perform certain functionalities like sharing the content of the website on social media platforms, collect feedbacks, and other third-party features.
Performance
Performance cookies are used to understand and analyze the key performance indexes of the website which helps in delivering a better user experience for the visitors.
Analytics
Analytical cookies are used to understand how visitors interact with the website. These cookies help provide information on metrics the number of visitors, bounce rate, traffic source, etc.
Advertisement
Advertisement cookies are used to provide visitors with relevant ads and marketing campaigns. These cookies track visitors across websites and collect information to provide customized ads.
Others
Other uncategorized cookies are those that are being analyzed and have not been classified into a category as yet.
SAVE & ACCEPT
Scroll to Top